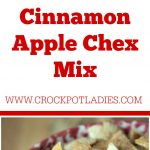 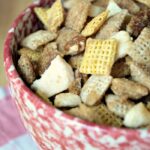 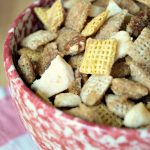 Snack away on this fantastic recipe for Crock-Pot Cinnamon Apple Chex Mix. A slightly sweet treat that is just SO snackable!

I love a good Chex Mix as much as the next person. While a savory and salty mix is typical I wanted to switch things up and make a yummy apple cinnamon version that was slightly sweet.

Making a cereal snack mix in your slow cooker is easy, and you don’t have to heat up the oven. So that means that you can make a yummy snack for your family regardless of how hot (think summer) or in your RV if you don’t have the oven space.

In this recipe I decided to use a combination of cinnamon Chex cereal and corn Chex cereal as they are both gluten-free. I am not personally on a GF diet but I have relatives that are. And knowing that I can whip up a snack to share with them is just nice.

I like to package this stuff up in a cute little container or tin if I am giving it away as a gift. But if we are just going to snack away at home, I just toss it into a gallon sized Ziploc bag.

I hope you give this tasty snack mix a try!

Can I Use Other Types Of Chex Cereal In This Recipe?

Can I Omit The Pecans In This Recipe

If you have a nut allergy or just don’t like nuts, you can easily omit them from the recipe.

Can I Add Other Dried Fruit To This Chex Mix Recipe?

You can absolutely add other dried fruits to this Chex mix recipe and make it your own. I have been known to add a handful of raisins or dried cranberries in when I add the apples and it tastes fantastic! 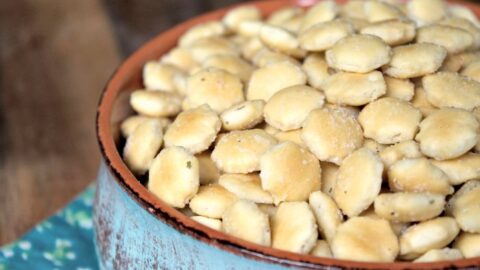 This recipe for Slow Cooker Ranch Crackers is a fun snack that you won't be able to resist snacking on! Perfect for parties or after-school for the kids! 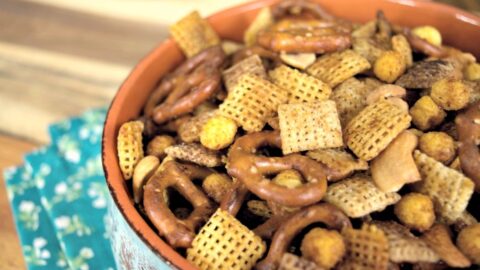 Whip up this popular snack mix in your slow cooker with this easy to make Slow Cooker Chex Mix recipe! Perfect for gift giving at the holidays or snacking! 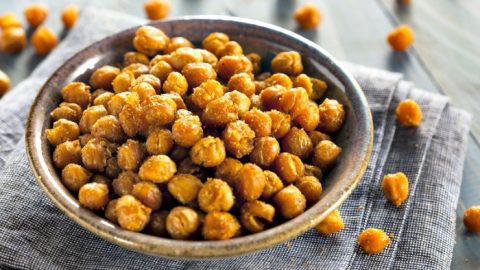 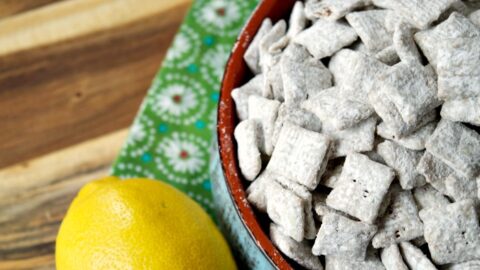 A quick and easy snack, this recipe for Slow Cooker Lemon Buddies tastes like lemon bars in a very munchable snack that you won't be able to resist! 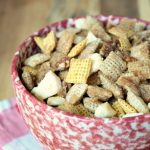