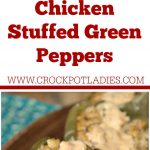 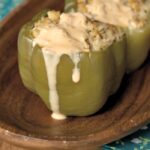 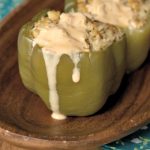 This recipe was made as part of the Improv Challenge hosted at Frugal Antics of a Harried Homemaker where bloggers are challenged to create a recipe using two random ingredients each month.

This month’s ingredients were sour cream and lemons.  And so I decided to create a lovely stuffed bell pepper recipe using chicken and rice with a really lovely creamy sauce that is flavored with a little bit of lemon juice.

The results were fantastic and I hope you enjoy the recipe as much as my family and I did!

You can use any color of bell pepper that you want to make stuffed bell peppers. Red, orange, yellow or even purple bell peppers all will taste and look fantastic.

Do You Brown The Meat For Stuffed Peppers?

For this recipe for chicken stuffed bell peppers the ground chicken is browned and crumbled in a pan on the stove-top before being stuffed into the bell peppers.

Should Peppers Be Precooked Before Stuffing?

You do not need to precook the bell peppers before stuffing them in this recipe. In fact, doing so would result in overcooked bell peppers that may not hold their shape while being cooked in the slow cooker. 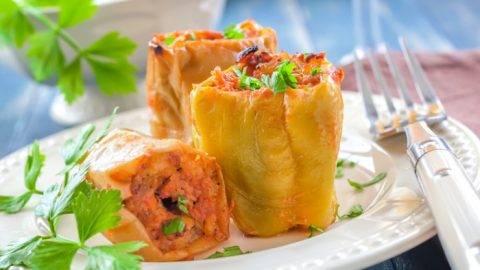 This recipe for Slow Cooker Stuffed Green Peppers is always a hit. Ground beef, rice & a nicely flavored tomato sauce is all cooked in the bell peppers! 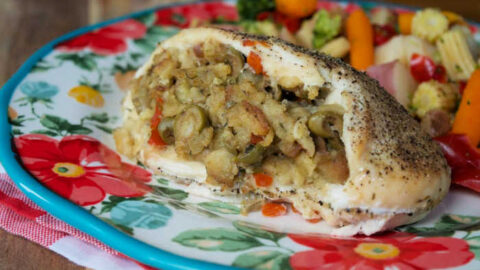 This recipe for Slow Cooker Easy Stuffed Chicken Breasts is great for weeknight dinners! Tender chicken breasts stuffed with stuffing and other goodies! 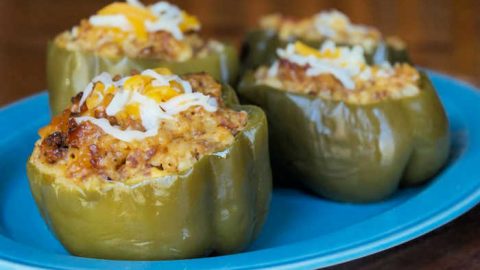 Bell peppers are stuffed with a cheesy mixture of beef, rice, sausage and Velveeta cheese in this recipe for Slow Cooker Country Stuffed Green Peppers! 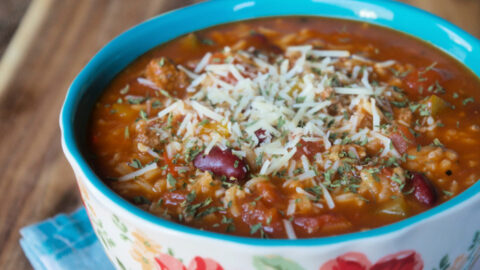 Warm up to a bowl of healthy and Weight Watchers friendly Pressure Cooker Stuffed Pepper Soup today! This frugal & yummy recipe is sure to be a hit! 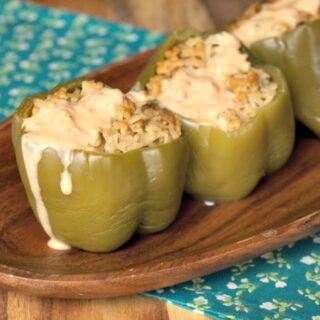