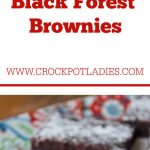 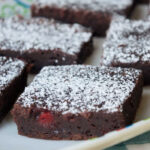 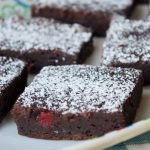 I love the combination of chocolate and cherries so decided to see what I could come up with for a new recipe for the slow cooker that uses of of my favorite taste combos.

To be honest, I have never cooked brownies in the slow cooker before. But I thought I would give it a try in my casserole slow cooker (you can use a 6 quart slow cooker too).

This recipe uses only three ingredients (brownie mix, cherry pie filling and one egg) and so it could not be simpler.

The texture of the brownies is slightly different than those you would bake in the oven as the moist cooking environment in the slow cooker makes for more of a steamed brownie rather than a baked brownie but it was still really good!

For this recipe you will need a 3.5 quart casserole slow cooker OR a 6 quart or larger oval slow cooker. Anything smaller and the brownies will be too thick and  you will have more of a steamed cake (which thinking about it might be good too!)

Try these out and let me know what you think!

What Is The Best Brand Of Brownie Mix To Use In This Recipe?

You can use any brand of boxed brownie mix in this recipe as long as the size of the box is in the 15 to 25 ounce range. I have used Betty Crocker, Pillsbury, Duncan Hines as well as store brand generic brownie mixes and they all worked great!

Can I Use Other Types Of Canned Pie Filling Instead Of Cherry?

While this recipe has not officially been tested using other types of canned pie filling I think it should work with other berry fillings such as raspberry or blackberry.

Can I Bake These Black Forrest Brownies In The Oven Instead Of The Slow Cooker?

Yes, these brownies can be baked in the oven. Just follow the baking instructions on the back of the box of brownie mix adding a few additional minutes if needed. That being said, the reason I love baking these brownies in the slow cooker is because I don’t have to heat up the oven and kitchen. Allowing me to bake brownies in the heat of the summer. 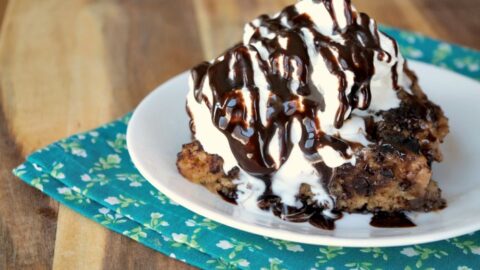 A chocolatey, gooey, rich dessert, this recipe for Slow Cooker Chocolate Cobbler is easy to make and one your family is sure to love! Serve with ice cream! 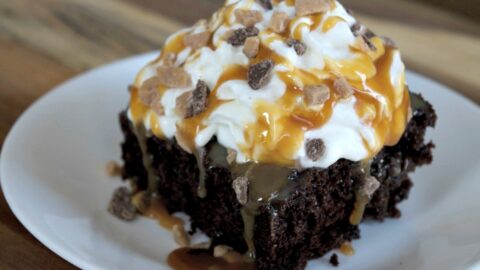 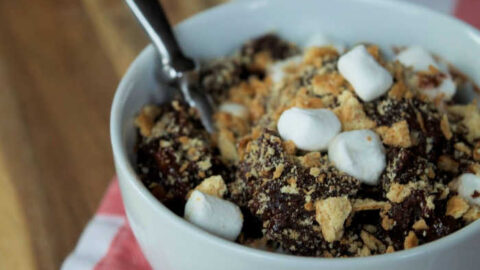 Bursting with chocolate & all the flavors of the popular campfire dessert this recipe for Slow Cooker S'mores Lava Cake is chocolaty, warm and gooey! 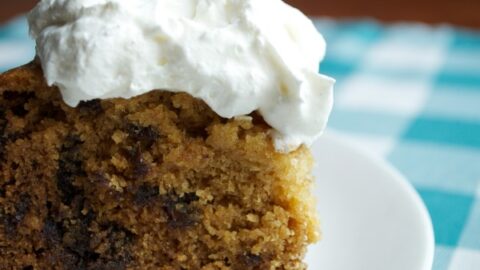 With this easy recipe for Slow Cooker Chocolate Chip Pan Cookies you can have warm gooey cookies without heating up the house! A perfect dessert or snack! 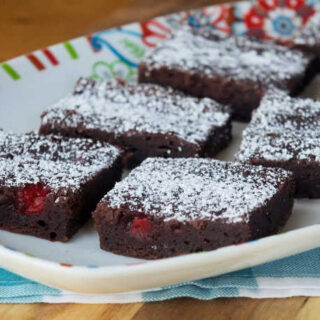