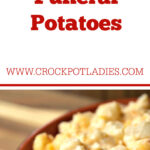 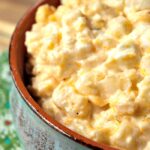 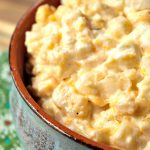 A Midwestern favorite side dish often taken to families after a funeral these Crock-Pot Funeral Potatoes are also known as simply “cheesy potatoes”. This is a wonderfully delicious side dish recipe perfect for any potluck or family get-together.

So this has turned out to be one of my favorite recipes, both for me, my family and my personal friends. They absolutely love when I whip up a batch of Crock-Pot Funeral Potatoes. It’s an easy recipe to put together and makes a great dish to bring at a potluck or as a side dish.

Now where I’m from we call them “Funeral Potatoes” because often big batches are put together and brought over to the family meal after a funeral. They pair well with ham or roast beef and are very filling.

Kids love them because they are cheesy and they are potatoes and really is that not the best combo?

Also, I prefer to use chopped onions for the recipe, but if you have family that doesn’t like onions, if you shred those onions using a cheese grater, they won’t be able to tell they are in the dish (insert my children 🙂 .)

Can I add other items to this funeral potatoes recipe?

This recipe, as is, is a great base recipe which can be dressed up however you like. Feel free to experiment with the recipe by adding other ingredients such as bacon, sausage, peppers, etc.

Can I use fresh potatoes instead of frozen diced potatoes in this funeral potatoes recipe?

You can use either russet potatoes or Idaho potatoes by peeling, dicing and soaking the potatoes in cold water to remove excess starch. Drain the potatoes well and proceed with the recipe. Reduce the cooking time by about 1/2 hour if using fresh potatoes.

Can this funeral potatoes recipe be doubled?

Yes, this recipe can easily be doubled. Just place everything in a larger slow cooker and increase the cooking time by about 1 hour.

Do the frozen hash brown potatoes need to be thawed first in this funeral potatoes recipe?

You do not need to thaw the frozen hash brown potatoes before using them in this recipe. However if the frozen potatoes have clumped together a bit in the bag you will want to break up the clumps first before proceeding wit the recipe. And, if you have thawed potatoes that you want to use in this recipe just decrease the cooking time by about 1/2 hour.

Why is this recipe called “funeral potatoes”?

Some people have commented on the morbid name of this recipe. However, this is a popular dish in the mid-west (and other parts of the US too) to make and bring to a funeral for the grieving guests and family to eat. You can also call it “cheesy potatoes” if the name bothers you. 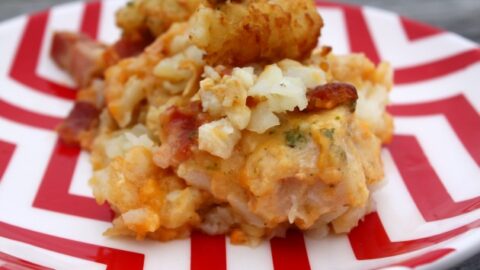 Are you looking for a kid friendly recipe? Look no further! This recipe for Slow Cooker Cheesy Chicken Ranch Tater Tot Casserole will knock their socks off! 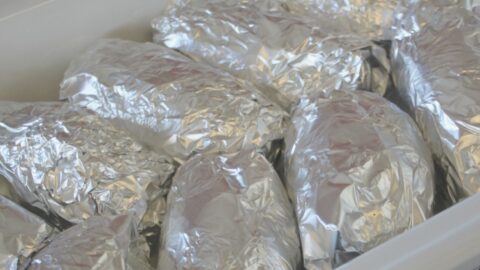 This recipe for Slow Cooker Baked Potatoes is so easy I am not sure why it needs a recipe. But a recipe we have done. Just 2 ingredients (and one is optional) 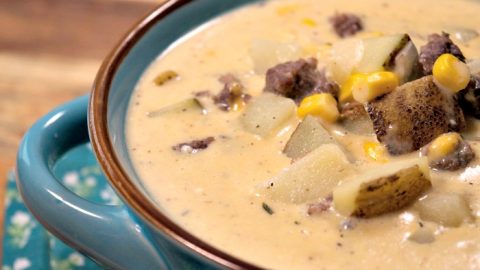 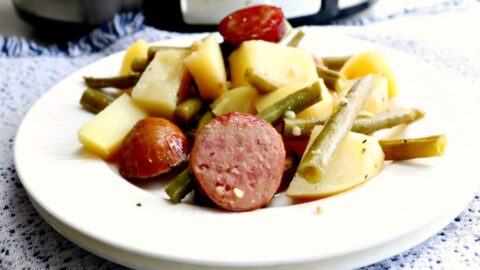 This recipe for Slow Cooker Potatoes, Sausage And Green Beans is reminiscent of a depression era recipe my grandma used to make. Very easy and frugal too! 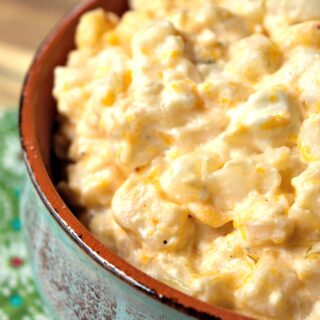 Heidi Kennedy
This cheesy potato dish is called “funeral potatoes” because it is often brought to feed a family after a loved one has passed away. But you can make these mouthwatering potatoes anytime you are craving a comfort food side dish.
3.60 from 547 votes
Print Recipe Pin Recipe
Prep Time 10 mins
Cook Time 4 hrs
Total Time 4 hrs 10 mins
Course Side Dishes
Cuisine American
Servings 8 Servings
Calories 691 kcal

To make clean up easier you may wish to either line your slow cooker with a slow cooker liner or spray with non-stick cooking spray. If your slow cooker has a tendency to burn feel free to give the potatoes a stir every couple of hours. Additionally, you may want to carefully lift the slow cooker insert out of it’s base and rotate it as some models of slow cookers have hot spots around the edges. Just keep your eye on it to prevent burning.