You are here: Home / Blog / Tips & Tricks / Rendering Lard in the Crock-Pot
68 shares

This is something I remember watching my grandmother do in the Kitchen.   She had a large pot and would slowly cook pig fat down until she had this almost clear liquid.  She would then spoon the liquid into canning jars and I would watch in wonder as the liquid turned a pretty bright white.    She would then use this in pie crusts and to fry foods. 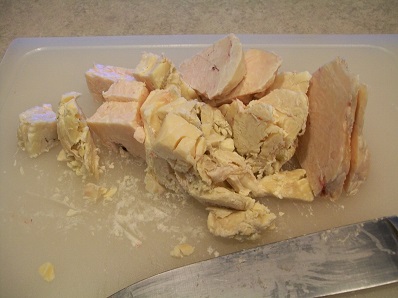 lard being cut up

Using a crock-pot to render lard is a safer (you still need to be careful when you have hot oil and a heat source) and in my opinion , easier way to cook down beef or pig fat into a creamy white lard that makes pie crust taste wonderful.

I found a great deal on marked down pieces of beef fat at the grocery store.   I picked up about 7 large pieces that total near 10lbs.   I then took each pieces and cut them into smaller pieces (close to a cube as you can get) removing any larger pieces of raw meat I could.   I put these smaller pieces into my 5 qt oval crock-pot and cooked them on low. 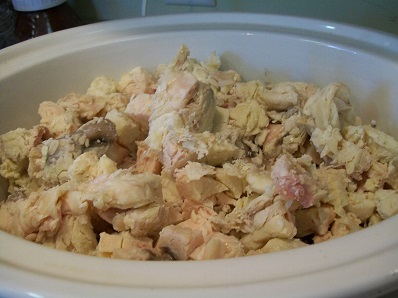 It is important to do this when you have plenty of time.   Check and stirring the lard is important.   You want each piece to “melt” into a liquid that has a off yellow color to it (this is the liquid lard/oil).   Every 30 minutes , I would stir the fat pieces until I had mostly liquid and smaller pieces of cracklins.

Once I had a good amount of liquid, I readied my canning jars and lids.   Using a small screen strainer (you can see it in my pictures), I slowly ladled my liquid into my jars.  The strainer kept the cracklins separate from my liquid gold. 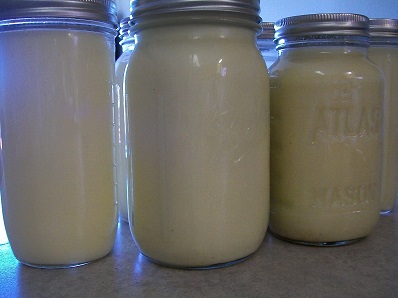 As you fill the jars, wipe the rims and place your lids and rings on them.  The hot liquid will help to seal the lid tightly on the jar.  I store my jars in the freezer until I am ready to use the lard. 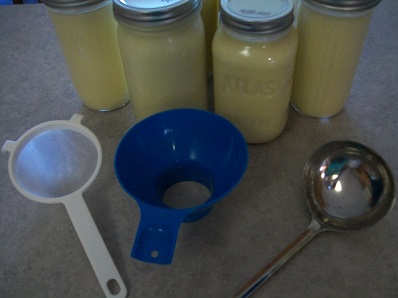 I took pictures as I went along, but I forgot to take a picture of the cracklins.   I had maybe a quart jar of cracklins (smaller hard pieces that turn a darker color).   You can eat these (we do not) .   I put these in my “chicken bowl” and feed them as a snack to my flock.