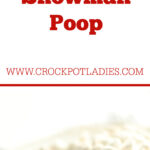 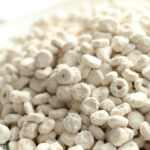 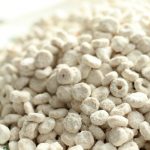 The name of this recipe – Crock-Pot Snowman Poop is kind of silly. But really it is just a take on a classic cake mix puppy chow recipe. But instead of using Chex cereal we used Honey Nut Cheerios cereal. The kids love this as a snack and they will get a giggle out of the funny name for sure!

I was scrounging around in my pantry looking for an easy snack that I could whip up with the kids. I spotted a box of Honey Nut Cheerios cereal and then the idea hit me! Crock-Pot Snowman Poop! The minute I uttered the words my kids were in fits giggling at the name and the idea that mom was going to make them “poop” to eat as a snack.

What is it with the word “poop” and kids that just sends them over the edge?

I will never know!

Basically this is a Cake Mix Puppy Chow recipe that would regularly be made with Chex cereal. But instead uses Cheerios for the “poop” shape.

The kids can definitely help make this one, and in fact I think they will insist on it.

It makes a great little snack or gift for the holidays. You could even package it up for a class party and get a whole classroom with the giggles at the idea of eating snowman poop.

Hey! Our recipe for Crock-Pot Snowman Poop got featured on the news on the segment “NAILED IT OR FAILED IT: Five Easy Gift Ideas in Five Minutes” on WQAD out of Moline IL on December 22nd, 2017.

Want to add a fun Snowman Poop label to give this as a gift? Grab our printable labels! 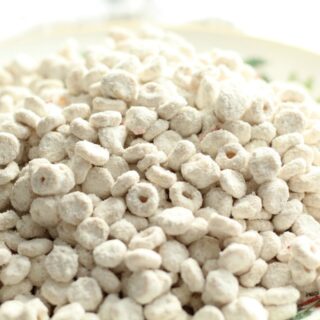