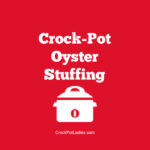 Cornbread stuffing mix and oysters come together in this classic recipe for Crock-Pot Oyster Stuffing. The perfect addition to your holiday meal!

My grandma’s family on my father’s side hails from Vermont and New Hampshire with roots as far back as the 1640’s. And in many New England families oyster stuffing is a traditional dish usually served during the holidays.

This recipe uses boxed cornbread stuffing mix (I like Stove-Top brand) which is built upon to add flavors such as sautéed onions in butter, chicken broth and poultry seasoning. And then the oysters, canned oysters along with some of the juices.

Give this recipe a try at your next Christmas or Thanksgiving feast! 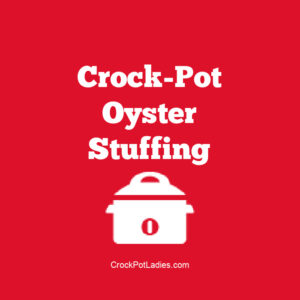