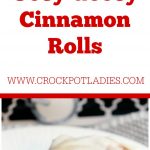 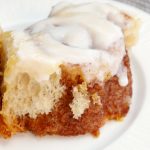 Wake up to delicious & warm Crock-Pot Ooey Gooey Cinnamon Rolls! Frozen cinnamon rolls are baked in a buttery sauce right in your slow cooker for breakfast! 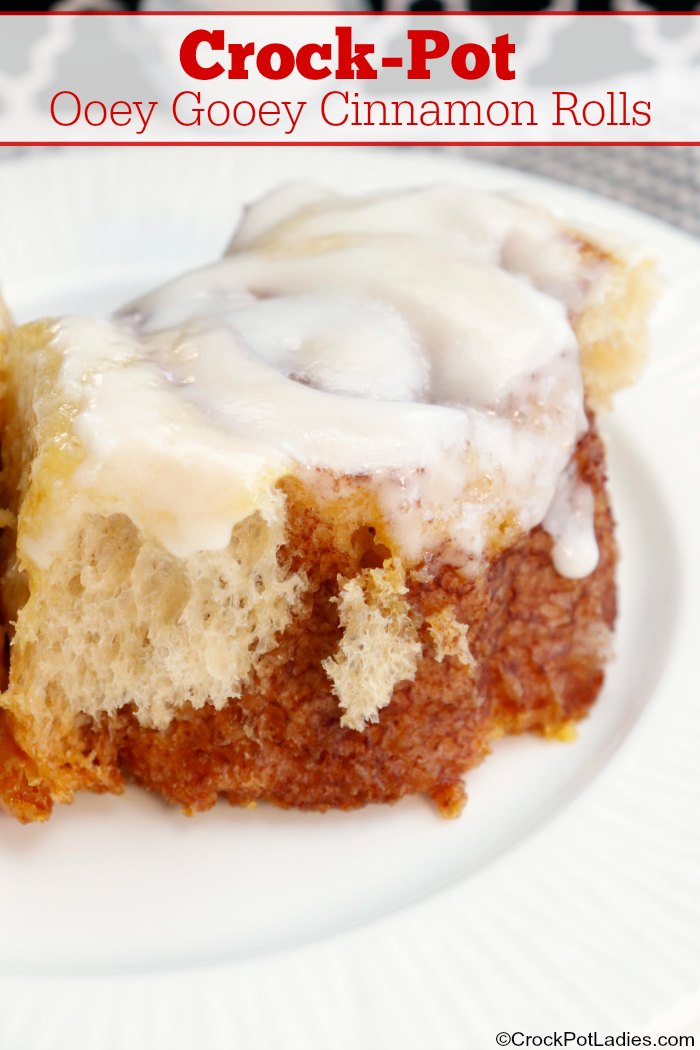 I have been wanting to buy the Crock-Pot 3.5 quart Casserole Slow Cooker.

Don’t let the fact that it is only 3.5 quarts in size get you down. The dish itself is a decent size casserole dish. I like the fact that it is more of a flat surface but still is a slow cooker. The lid is also a locking lid that locks to the actual slow cooker securely.  And there is plenty of head room under the lid.

This cinnamon roll recipe is one that was passed down to me from a friend and my kids and I have loved it every-time we have had it. So I just converted it to be cooked in the casserole crock-pot.

The basis of the recipe is frozen pre-made cinnamon rolls. I prefer the Rhodes brand if your store carries them. 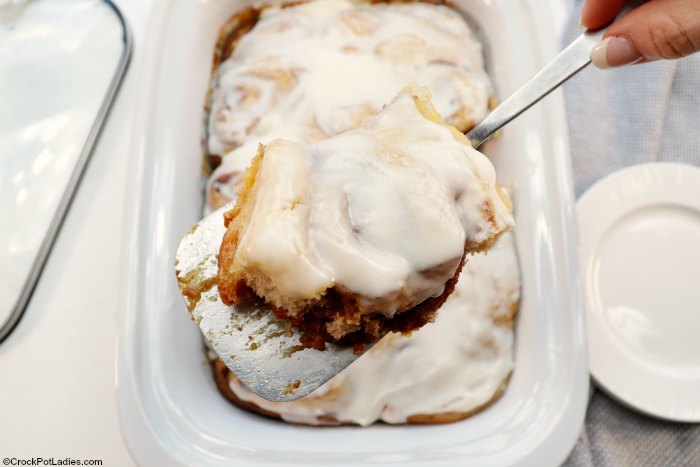 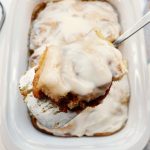